Be Still and Know… 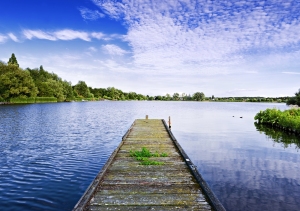 Life is hyper-speed. Everything is paced for instant connection and instant gratification. We are so heavily influenced by this pace it is hard to “sit still”…let alone “be still”.

Most of us are inundated with email, texts, Facebook, tweets (sometimes twits), 24-hour news, and the list goes on. We have accessible, at the click of a mouse, a seemingly limitless amount of information (thank you Google). Most of this information is harmless and helpful.

The problem with this super-charged culture is that we have forgotten the art of being still. The art of the “shutdown”.

The knowledge of the Holy One is found in stillness. The answers to every one of our questions are found in Him. The access code to His Omniscient Wisdom is stillness. Psalms tells us; “Be still and know that I am God” But what does that mean?

“Be still” is a phrase that literally means; to relax, to sink in, to let go, and to be quiet. So many times it is hard to hear what the Lord is saying because we are wound so tight, anxiously seeking an instant answer. We need to learn how to chill out in His presence…sink into Him…be quiet…and let go.

“And know” has the meaning; to perceive, to recognize, to distinguish, and to experience. Too many times we base our life or decisions on what we think we know about God. If we don’t take time to be still in His presence, to experience intimacy with Him, all our knowledge is but a distant echo muffled by the voices of past experiences. The only experience that matters is experiencing His presence fresh and new daily.

The Psalm finishes the thought with; “that I am God”…this really just means the One, True, Genuine God. Often times we demonstrate who our “gods” are by who or what we place our trust in. We quickly run to other sources for our peace, provision, and personal persuasions. He is God.

Put it all together and it looks like this:

Be still (relax, be quiet, and let go) this is how you will know (experience, recognize, and distinguish) that I am God (the One true, genuine, authentic God).

My challenge is to look for regular opportunities to “shut down”. Turn off the world…tune into the Eternal…be still…and know…He is God. 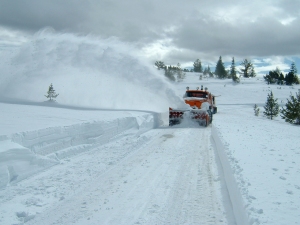 I am an Ice Road Trucker!

Well, not like the show. I don’t own a pair of Carharts, I definitely don’t have a man-beard, I don’t swear (at least not regularly), and I don’t drive a Mack, Peterbilt, or a Freightliner.

However, I did drive my truck (Toyota Tacoma) on some icy roads the other day. Here is what I learned:

1. Main-roads are for the masses

As I began the adventure of driving home in a Northwest arctic blast, it was obvious to see that everyone wanted to get home and everyone was taking the same route to get there. Not me. I decided that the main road…which was going nowhere fast…was for the masses. I am not one of them. I chose a back road shortcut. I didn’t know if my “shortcut” would be shorter, but I did know it was worth a shot. Just because everybody is doing it doesn’t mean you should too…sometimes the greatest adventure and reward is off the beaten path.

2. Don’t assume too much

Having lived in Colorado for about the last decade, I forgot how snow falls in the NW. I assumed the storm was no big deal cause it was nothing compared to the snowfall in CO. On icy roads and in life often times people assume too much. Their ability to negotiate tricky turns is compromised because of their faulty assumptions. I didn’t crash, so no worries, but it was crazier than I had expected. I quickly went from assuming it was no big deal, to paying attention to every moment.

3. Learn from those in front

I quickly became a student of those driving in front of me. I didn’t need to lead, following was just fine. I watched as the vehicle in front of me chose their path and then negotiated said path. I made calculations based on their performance…speed variations and course modifications were two things I watched closely to learn from those in front. Sometimes you blaze your own trail while other times you modify the trail that was already blazed.

4. Sometimes you gotta let it slide

Don’t panic. Sometimes you just gotta let it slide. Sliding is a part of driving successfully on ice. You want to keep the sliding to a minimum but if you understand that it will happen you won’t panic. Panic is perhaps the greatest cause for accidents on an icy road. Life and leadership is much the same…don’t panic…let it slide.

5. Your route may be changed by someone else

At one point in this adventure of mine, I was on top of a fairly steep, extremely narrow, obviously icy road. A vehicle was stuck close to the shoulder on my right…blocking most of my lane. As I slowly began to embark on the carefully selected route to safely negotiate the hill while avoiding any interaction with the afore-mentioned stuck vehicle, another vehicle, decided to play chicken with me. They began to barrel up the hill directly at my truck. I decided, rather than be stubborn and risk a collision, to maneuver to the right and let them pass. They changed my course, but nothing I couldn’t handle. Sometimes people or circumstances will barrel in on your plan and force you to adjust your course…it isn’t anything you can’t handle. Adjust and keep going.

God’s Will for YOU! 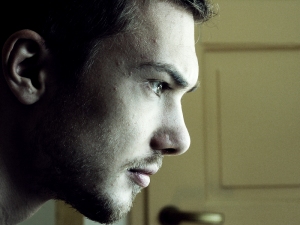 I know God’s will for you…and me. Often times we think and reflect and contemplate with no answer as to what His will is…but I know it. I am going to tell you what it is.

It is a three-part way of living. It is the easiest/hardest thing to do…daily. Ready?

There it is – God’s will for you and me.

These three items are not circumstantial…they are not suggestions…they are non-negotiable. Take some time today to think on these three ideas. How can you center yourself more on His will?

“Always be joyful. Never stop praying. Be thankful in all circumstances, for this is God’s will for you who belong to Christ Jesus.” 1 Thessalonians 5:16-18

Looking for a good place to work or a good employee? Checkout my friends at FindAChristianJob.com You can also follow them on twitter, just follow @christian_jobs 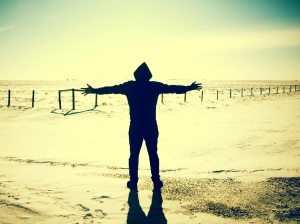 There is a distinct difference between a man set free and a free man.

One is an event – the other a process.

One deals with circumstance – the other with character.

“So Christ has really set us free. Now make sure that you stay free, and don’t get tied up again in slavery to the law.” Galatians 5:1 (NLT)

Too often we as Christians stop short at the idea of freedom. We emphasize the event (getting “saved”) but not the process (becoming the “saved”). All too often we major on circumstantial modification rather than character reconstruction.

Let me give you a few examples…

Israel. Enslaved in Egypt 430 years. Set free by God through Moses…a historic event. Wandered in the dessert…an extended process. It was one thing to get them out of Egypt and a completely different thing to get Egypt out of them. Read the account…how many times did they want to go back?

Focus on the process – not the event. The event is critical but only as a catalyst to the process. The scripture makes it clear that we should “take off” and “put on”.

Take some time to read Colossians 3:1-16

Are you embracing the process? 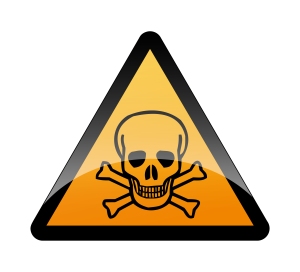 It is a slow death.

Many have no idea it is killing them – but it is nonetheless.

The term “religion” has many definitions, for the context of this blog we will use this definition: a man’s attempt to make himself appear right in God’s eyes…could be synonymous with self-righteousness. A great example is Adam – post forbidden fruit tasting. He eats. He knows. He’s naked. He’s ashamed. He covers. The last act, he covers, that is religion. You can read the full account by clicking here.

Here are 5 things that religion will kill…

Religion looks out for its self and is willing to sacrifice anyone in its way. It takes a toll on relationships because it is constantly critical, judgmental, and without mercy. Eventually people distance themselves from the “religious” one, because the religious one is always working to be more “spiritual” than  the others attempting to “one up” their spirituality. In these relationships no one is allowed the opportunity to engage in normal conversations…every conversation must be inundated with spiritual overtones. Generally speaking, eventually the only one attracted to the religious one is other religious ones and so the cycle continues.

True repentance is avoided in religion. If I truly repent then I have to admit that I wasn’t right…and if I wasn’t right then I must not be religious…but since I am religious…I have no need for repentance. Jesus said to the Pharisees (religious rulers); “you search the Scriptures because you think they give you eternal life. But the Scriptures point to me! Yet you refuse to come to me to receive this life.” They refused repentance because it would make them look nonreligious.

Blinded by bias. Religion creates an unhealthy, unbalanced, bias. You see what you see because that is what you see. The ability to gain a fresh perspective is all but dead because of your religion. You study and search to prove you are right…so you find what you are looking for. Your study becomes a weapon in your hand to wield against those you are in relationship with (at least until you kill them and they leave). The revelation of life in Christ is drowned out by the self-righteous need to be right.

Sleepless. Stressed. Religion kills your rest. You can never be free to be you. Never free to trust or enjoy moments. No rest – no life. This point really boils down to the fact that religion is not just killing your relationships, righteousness, repentance, revelation, and rest…it is actually killing you. Give up the religion…rest in a relationship with Jesus and others. Enjoy community. Encourage one-another in the Lord to become more like Him.

These are not just ideas…over the years I have had to assess these issues in my own life. I have decided to lay it down, religion that is, it just doesn’t work. In the end – it kills.

Let me know your thoughts below (↓) 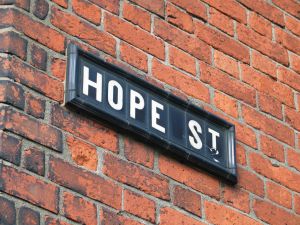 Have you ever wondered who came up with the phrase; “don’t get your hopes up”?

I am gonna tell you up front…I HATE THAT PHRASE!

Get your hopes up!

Hope is one of the three graces of the Christian faith…now these three remain; faith, HOPE, and love!

Fill your heart with hope…let your hope work together with your faith – now faith is the substance of things hoped for – see what God will do.

What are you hoping for?

@prday
Create a free website or blog at WordPress.com.